Houston has sports teams for every major professional league except the National Hockey League. The Houston Astros are a Major League Baseball expansion team formed in 1962 (known as the “Colt .45s” until 1965) that won the World Series in 2017 and previously appeared in 2005. It is the only MLB team to have won pennants in both modern leagues. The Houston Rockets are a National Basketball Association franchise based in the city since 1971. They have won two NBA Championships: in 1994 and 1995 under star players Hakeem Olajuwon, Otis Thorpe, Clyde Drexler, Vernon Maxwell, and Kenny Smith. The Houston Texans are a National Football League expansion team formed in 2002. The Houston Dynamo is a Major League Soccer franchise that has been based in Houston since 2006, winning two MLS Cup titles in 2006 and 2007. The Houston Dash team plays in the National Women’s Soccer League. The Houston SaberCats are a Rugby team that plays in the Major League Rugby. Minute Maid Park (home of the Astros) and Toyota Center (home of the Rockets), are located in downtown Houston. Houston has the NFL’s first retractable-roof stadium with natural grass, NRG Stadium (home of the Texans). Minute Maid Park is also a retractable-roof stadium. Toyota Center also has the largest screen for an indoor arena in the United States built to coincide with the arena’s hosting of the 2013 NBA All-Star Game. BBVA Compass Stadium is a soccer-specific stadium for the Houston Dynamo, the Texas Southern Tigers football team, and Houston Dash, located in East Downtown. Aveva Stadium (home of the SaberCats) is located in south Houston. In addition, NRG Astrodome was the first indoor stadium in the world, built in 1965. Other sports facilities include Hofheinz Pavilion (Houston Cougars basketball), Rice Stadium (Rice Owls football), and Reliant Arena. TDECU Stadium is where the University of Houston, Houston Cougars football team plays.[186] Houston has hosted several major sports events: the 1968, 1986 and 2004 Major League Baseball All-Star Games; the 1989, 2006 and 2013 NBA All-Star Games; Super Bowl VIII, Super Bowl XXXVIII, and Super Bowl LI, as well as hosting the 1981, 1986, 1994 and 1995 NBA Finals, winning the latter two, and co-hosting the 2005 World Series and 2017 World Series, winning the latter. NRG Stadium hosted Super Bowl LI on February 5, 2017.

The Grand Prix of Houston, an annual auto race on the IndyCar Series circuit is held on a 1.7-mile temporary street circuit in Reliant Park. The October 2013 event was held using a tweaked version of the 2006–2007 course. The event has a 5-year race contract through 2017 with IndyCar. In motorcycling, the Astrodome hosted an AMA Supercross Championship round from 1974 to 2003 and the NRG Stadium since 2003. 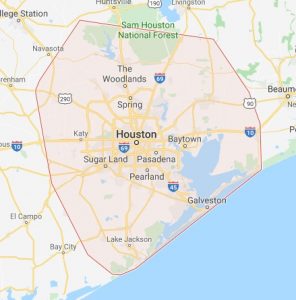